Koç University Volunteers Awareness Group has finished installation of a new library at Aydın Mürşide Akçay School, an elementary and secondary school in the southern Anatolian province of Aydın. Boasting a collection of over 3,000 books the ‘Koç University 25th Anniversary Library’ was funded and constructed under the ‘No School Without a Library’ project.

Currently consisting of nearly 100 student volunteers, Koç University Volunteers Awareness Group launched the ‘No School Without a Library’ in 2007 and each year has established at least one new library for under-resourced schools. The new library at Aydın Mürşide Akçay School is the group’s eighteenth new library.

To mark Koç University’s 25th anniversary celebrations, this year volunteers challenged themselves to construct the library in just twenty-five hours. Students and volunteers worked together to assemble shelves, bookcases, tables and chairs constructing the entire library from top to bottom.

Thirty-four Koç University student volunteers travelled to Aydın to take part in the project. Volunteers also sourced, catalogued and shelved the new library’s collection which includes a range of educational-instructional magazines for first to eighth grade students in addition to prominent works of literature from Turkey and the rest of the world. 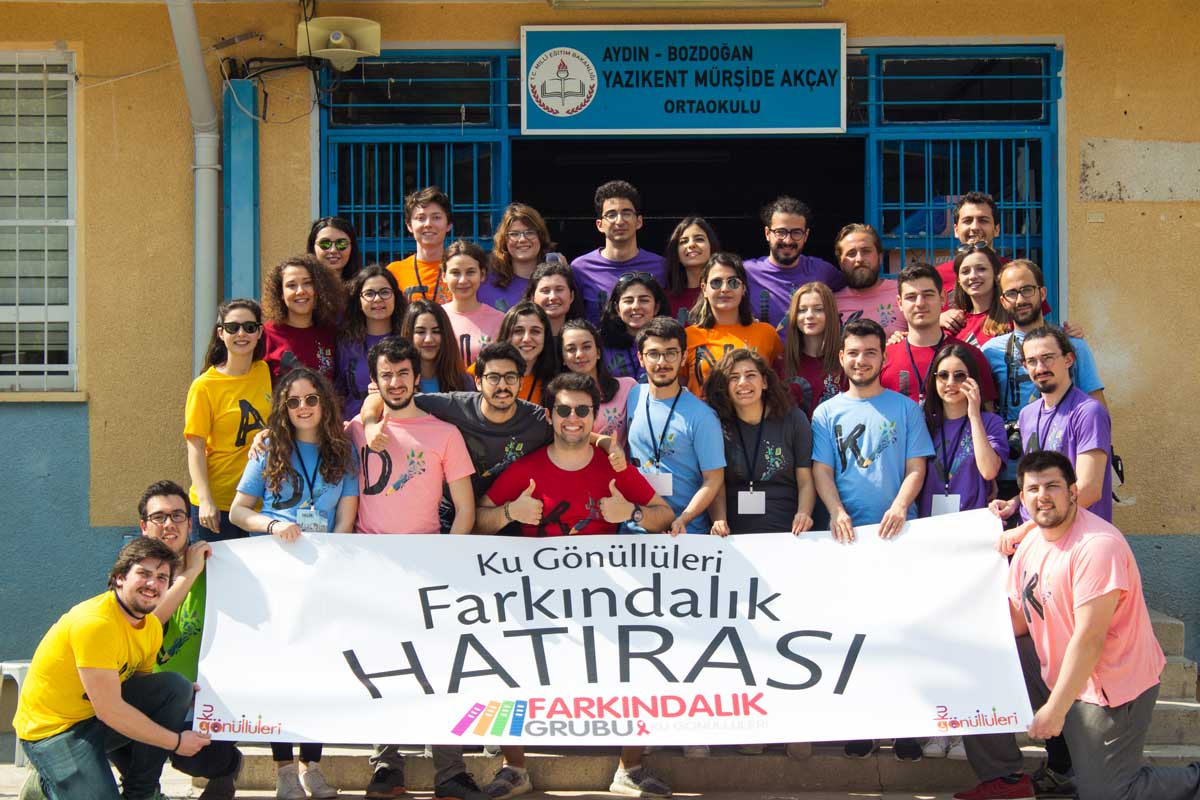